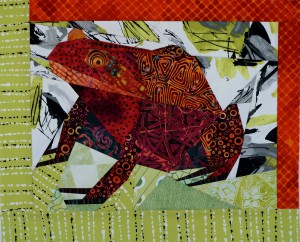 Well…….yes, this is a actually a frog, not a chicken per se.    This is Leptodactylus Fallax, known locally in Dominica as the Mountain Chicken.   This is one of the world’s largest frogs, and thus produces among the world’s largest frog leg feasts.  And, unfortunately  because is it a delicacy on Dominica is now an endangered species.   With a nickname like Mountain Chicken who could resist?   (I have no idea if it actually “tastes” like chicken…..).